A beautiful tour that develops in the proximity of the city of Trento and allows you to ride from south to north along the long crest of Mt. Marzola, with a spectacular view to the Adige valley and the Brenta Dolomites from aside, Alta Valsugana, lakes of Caldonazzo and Levico, Catena del Lagorai on the other. Starting and arrival point is Rifugio Maranza (1070 m); the intermediate resting point is the Bailoni bivouac (1622 m), located at the beginning of the long ridge characterized by the southern (1734 m) and north peaks (1736 m) of Marzola and by the suggestive rocky pinnacle called "Omenèt". The way back to Rifugio Maranza is done along the eastern side of the mountain, following paths and roads dating back to the Great World War.

Possibility to make the excursion in the afternoon and stop for dinner at the Maranza hut. 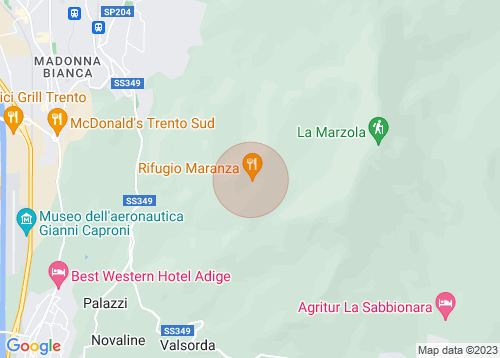