Abies nebrodensis is the symbolic species of the Madonie Park and the Region of Sicily.
Since the 18th century, the period when the first evidence dates back, numerous scholars and scientists have studied and tried to preserve the last 30 specimens of this naturalistic heritage, which arrived on the Madonie during the last ice age.
The path that will lead us to discover these treasures of nature develops on the slopes of Monte Quacella. Here you find the dolomitic amphitheatre decorated with rosy spires, rich in biodiversity with numerous plant species that are often rare or endemic, such as the numerous species of orchids.
We will then move on to the Vallone Madonna degli Angeli, where, in addition to the specimens of Abies nebrodensis, there are also several typical Sicilian tree species such as Holm Oak and Beech.
Continuing the ascent we will arrive on a wide plateau, from which we can observe from the top some villages and also one of the highest sanctuaries in Europe, the Madonna dell'Alto sanctuary at 1780 meters. 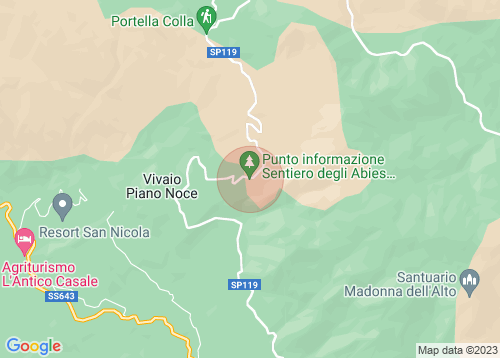